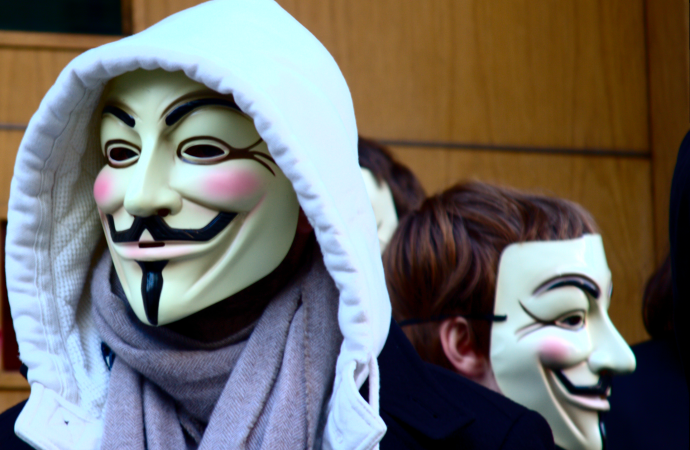 The French government has just dealt a serious blow to the big entertainment lobby's assault on the Internet. The Hadopi "three strikes" law has been, well, struck out. The Hadopi measures were introduced in 2009 by President Sarkozy, and threatened to disconnect from the Internet those suspected of online copyright infringement after three written warnings. This flagship "anti-piracy" measure has now run aground.Loz Kaye

The French government has just dealt a serious blow to the big entertainment lobby’s assault on the Internet. The Hadopi “three strikes” law has been, well, struck out. The Hadopi measures were introduced in 2009 by President Sarkozy, and threatened to disconnect from the Internet those suspected of online copyright infringement after three written warnings. This flagship “anti-piracy” measure has now run aground.

The new French culture minister said “Hadopi has not fulfilled its mission of developing legal content offerings…In financial terms, [spending] 12 million Euros and 60 agents—that’s expensive to send a million e-mails… the suspension of Internet access seems to be a disproportionate penalty given the intended goal.”

All of us in the digital rights movement had pointed out years ago that this was a disproportionate tool, not least because it could lead to collective punishment of entire households. Equally, we warned that it would be an administrative nightmare, a waste of money with no positive aims.

The French retreat from the three strikes approach has lessons for policy making across Europe. In the UK the 2010 Digital Economy Act contained so-called graduated response legislation. It has not come in to force yet and remains firmly in the long grass. We must surely ditch the Digital Economy Act now, and EU governments should reject the hounding of individuals and Internet cut offs. There has been a long and tedious discussion about the merits of graduated response legislation. We now know it is simply not tenable.

This is a good moment to take a step back in what has been a fraught debate. Let’s stop digital policy being hijacked by narrow interest groups claiming to speak for the creative sector.
The entertainment lobby has constantly focused on its own revenue without putting the consequences of moves they favour in a wider economic context. The eventual costs of the UK Digital Economy Act remain a matter of controversy. Media regulator OFCOM estimates them being in “the low millions” while at the time of the passing of the act, one of the major ISPs suggested as high as £50 million annually. Now the Hadopi fiasco has at least given us something concrete to work from. To put it in context, the 12 million Euro annual cost the French scheme incurred matches the entire £10 million pledged in the Urban Broadband fund to upgrade Manchester’s digital infrastructure, one of the UK’s major cities with an array of tech and media companies.

If we are to mandate spending on the digital economy, whatever the source of the revenue, it should surely be for the widest possible benefit. We must focus our efforts on making sure everyone gets to take part in the digital revolution, not to try and exclude more people from it. We can ill afford to waste public money, particularly when Neelie Kroes has signalled investment in broadband infrastructure where markets can not deliver as a priority.

The pace of technological and social change has utterly overtaken the three strikes advocates. The range of WiFi enabled devices and 4G makes any law constructed imagining peoples’ Internet interaction as a version of an old fashioned TV service a nonsense. Now European citizens and governments are coming to see connectivity as essential. You don’t need to share the view of the Finnish government or the French courts that Internet access is a “human right”. What’s important is that the web is now central to how Europeans interact with civil society. In the UK the welfare system will become inextricably linked to Internet access as Universal Credit will be digital by default. You can either have digital by default, or the Digital Economy Act, not both.

The French culture minister’s dismissal of Hadopi should be a wake up call. The political will to push through needlessly controversial measures at the behest of record labels is beginning to vanish.  It should be obvious that making sure Emeli Sande – or rather her recording company – gets a bit more profit is hardly the most pressing political problem.

In Europe it is now redundant to talk about the digital economy when digital is at the core of the economy and society. The debate has changed since the end of the last decade. It showed a particular type of genius for Ireland to block the the Pirate Bay in the same week that Peter Sunde, Pirate Bay founder and Finland Euro ’14 candidate, said it was about time the iconic filesharing site closed to make way for something new. Digital activists, NGOs, lawyers and now governments like the French have signaled it’s time to move on. The entertainment lobby needs to catch up. The piracy narrative is crumbling, let’s replace it with digital policy not just for special interest groups, but for all citizens.