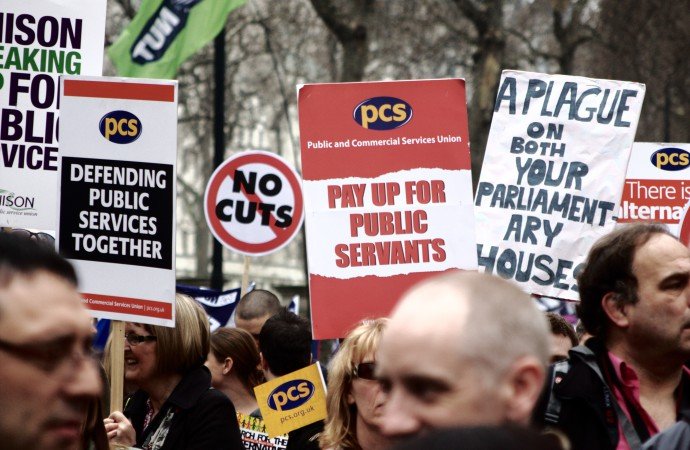 If you take a cursory glance at British politics over recent weeks, you might be forgiven for assuming that as a Brit you only have two options when it comes to the European Union. Either you are pro-EU and opposed to change, opposed to a referendum and happy with the creeping political union that we are seeing. Or you are Eurosceptic, opposed to everything the EU stands for, opposed to any political union and not only want to see a referendum, but actively want to remove Britain from the bloc. Of course that is not even remotely true: there is not a binary split on Europe, and if you look at the detail there is a whole spectrum of positions and, more to the point, there is a lot to talk about.

The biggest problem that we seem to face when it comes to the debate on Europe is not even one of policy or direction – these are things we can work out through discussion – it is one of labelling. The pro and sceptic positions, beyond presenting a false dichotomy, make it too easy to pigeon-hole people in ways that are not only unfair, but also wildly inaccurate.

I’m supportive of a referendum on Britain’s membership of the EU, it is the only position you can take if you believe in self determinations. The reasons for that are obvious: the drive toward greater political union, one accelerated by the recent economic downturn, has the potential to change the EU in a way that was not entirely obvious when we joined. The potentially massive change in our relationship with the EU is something that people must have a say in. As a result I have on occasion been labelled as Eurosceptic and frankly, it is a term I would be happy to embrace, if I could shed some of the rather negative baggage that currently comes with it.

It is pretty clear to me that Eurosceptic must mean more than just opposition to the EU and, in some cases, Europeans. It should, as the term implies, mean a healthy scepticism about power in Europe and by definition the authority that is being focused on Brussels. It is a term that I think should be welcomed when it is used to describe the questioning of both the running and structure of some European institutions. More than anything else though, it should imply a desire for positive change based on what the EU is and what it might become. But then maybe that is because I think that scepticism of any political system, whether in Westminster, my local council or the EU is not only healthy, it is necessary for a functional democracy.

It is also important to be honest. We need a debate on Europe, but it has to be based in reality, not half-baked EU mythology. It is certainly true that those myths have moved on from the days when we had alarmist squabbles about straight bananas and emulsified high-fat offal tubes, and while I have to admit that I have enjoyed the occasional euro-furore, there is a time and a place for it. However, the discussion has not moved away from hyperbole and inaccuracy. Important discussions, like the impact of red tape and immigration, are starting to be had, but there is still far too much disinformation and casual xenophobia for people to be able to come to an informed view. I think we can change that.

I know what I want the EU to be. That hinges on transparency from EU institutions as well as changes to increase accountability. More than anything else I think I want to see a relationship between European states where the EU is an enabler, where it can help in economic terms to set one direction and give EU states the kind of power that such a large bloc represents, while allowing for the resilience that different implementations provide. We do not want to see hegemony in Europe; we want to build on the strengths that come with 27 and more nations working together in areas like the economy and security.

The EU then, should be there to set the minimum bar, one all members should aim to exceed. If it were, then all the talk in the United Kingdom about EU regulations should be moot as we would be aiming to meet and exceed the standards set by the EU and not see it as some sort of added burden. Financial regulation, especially in a country with the scale of financial services industry the UK has, should be better and more rigorous than the EU minimum.

Of course when articulating a vision for Europe, we start to have problems. Instead of seeing the EU as a way to cooperate and work together, with national governments responsible for most of the implementation and detail of the law, some people seem to see EU legislation as a tool to sidestep national parliaments. The EU should not be a way to get unpopular reforms implemented without being held accountable. Some of our sister parties have been guilty of advocating that the EU be used in that way and frankly, it is that kind of activity that both erodes confidence in, and support for Europe.

It is incredibly important that the idea that decisions should be made at as local a level as possible is retained and strengthened. After all, that ensures we all have a say, and the ‘faceless eurocrats’, blamed for dictats on renaming Bombay mix and banning yoghurt will not be quite so faceless or distant. What it comes down to is that a partnership requires trust. There has to be a common purpose but it cannot be dictated by one or a few major players and regardless of the interim, initial benefits or pitfalls we have to take a long view. If we cannot build that trust across all EU states, then we will not be able to deliver positive change. If we cannot have an open and honest debate then the UK, then all we will be able to do is paper over the cracks, failing to deliver a stable EU. None of that is in the best interests of Britain or Europe

Drives towards political union, even well intentioned ones, whether to redress issues in specific EU states, or to deal with one crisis or another, simply will not work if they fail to bring along EU citizens. Maybe we will see closer political union in the future, there may even be a case for it, but it is not something that should be hurried or implemented prematurely. It also needs to be very much an open process, one that states can say no to if they wish, or if their citizens want to.

We all need a solid and dependable relationship with our European partners, one built on trust. But this is the time to ask fundamental questions of how our democratic systems work on all levels. That is what I hope we can achieve – a productive Euroscepticism and a thorough and factual debate on the future of Europe with real benefits for all of us. It is something that frankly, is long overdue.