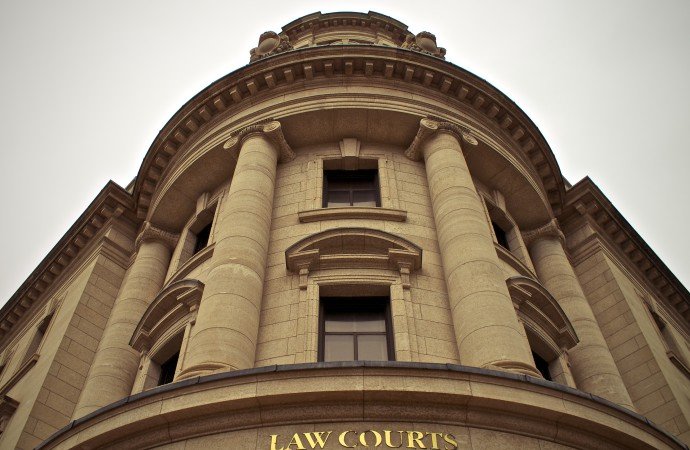 Unremarked upon, a mere footnote in the newspapers, but Justice took a significant step backwards this week with the start of a trial that will be held, at least in part, ‘in secret’. The trial of Erol Incedal at the Old Bailey will – according to the judge – “have some unusual features. The usual way that justice is administered is in public. Some of this trial will be conducted in that way. However there will be other sessions of this trial that will be conducted in private. The public will not be able to attend these“.

Not just the public, but journalists as well will be restricted from certain sections of the trial, so that the contents disclosed will never be public. Furthermore, the public will not be given an outline of what it is that is being discussed in secret, or any reasons why it must be secret.

That this has come about at all is as a consequence of the bill passed by the Coalition government last year. At the time there was a fair amount of media comment on it and the Lib Dem MPs defied the vote of members at their conference in voting for the bill. Now however, reporting a case which is affected, and there is silence – merely a footnote at the end of the standard court report. It seems as though the battle has already been lost, and the media have moved on.

Just because the media move on, however, doesn’t mean that we should. The principle and practice of secret courts are dangerous and should be challenged wherever and whenever possible. We should take the time to understand the Justice that is being done in our name, and seeking to ensure that it is, above all, Just.

There are 2 major issues with the existence of secret courts. Firstly, it removes one of the fundamental tenets of the right to a fair trial – that the trial be conducted in public. As recently as 2011 in a landmark hearing (Al Rawi) the Supreme Court of the UK upheld the principle of open justice. The removal of this openness means that the accused can either never hear evidence which helps to convict them, removing them of the ability to accurately refute that evidence; or alternatively it means that they too are restricted from talking about certain aspects of the trial in public meaning that even if found to be innocent, they have restrictions placed on their freedom of speech.

By removing the trial from the public sphere there is also the more existential issue of the visibility of Justice being done. It is well recognised that Justice works best when it is accessible to all, and is seen to be Just. By holding a trial in secret, in the event of the accused being convicted it would be easy and understandable for there to be a public campaign against the conviction due to a lack of information on the grounds of conviction. Such an action undermines the perception of Justice overall and reduces the willingness of the individual to voluntarily subject themselves to it. This can only be negative for society.

The second issue with the existence of secret courts is the slippery slope argument. This may well be seen as ‘wishy washy liberalism’ but under both this government and the previous Labour government we have seen an ever increasing power being taken increasingly often by those to whom it has been granted ‘temporarily’. We see this with RIPA being used to identify journalist’s confidential sources and with the increasing use of ‘Anti-Terrorism’ legislation by local councils for minor offences. With secret courts we will undoubtedly see them used more frequently, as the security services push the boundaries of where they can be used and in what circumstances. They will go from being used ‘only exceptionally’ to ‘occasionally’ to ‘sometimes’ to ‘frequently’. All the people who are in favour of secret courts will say ‘there are limits’ – but without them being explicitly defined then they will get continually pushed until they can no longer be seen.

The argument in favour? As always it is ‘Security’ and ‘Terrorism’. It is worth noting however that even in the midst of the Northern Irish Troubles we never had need to resort to secret courts. Do they make it easier for governments and security services to get a conviction against a terror suspect – of course, otherwise they would not have asked for it. Are there likely to be incidences where a conviction would not be possible for the risk of jeopardising some other investigation – possibly. But just because it makes it easier, doesn’t make it right. It also makes it easier for a wrongful conviction to be unnoticed and unremarked. In a world of secret courts, what of false evidence leading to potential miscarriages of justice? Well we wouldn’t even know about them, and perhaps that is most chilling of all.

Post by Mark Chapman, of the Pirate Party UK