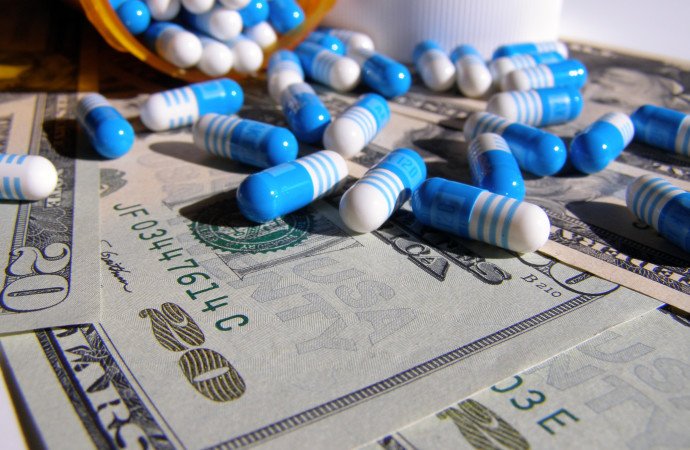 Right across the continent health budgets are under pressure due to austerity programmes. In the UK, a leading group of cancer experts has spoken out saying huge drug prices charged by pharmaceutical companies are putting patients at risk. The message is stark. Over 100 physicians have warned reasonable prices are “a necessity to save the lives of patients who cannot afford them”.

But in Jeremy Hunt’s National Health Service there is no fight for reasonable prices. For example, there’s no arguing that the costs of the latest Leukaemia drugs are eye watering. As reported in the Independent, Pfizer’s Bosulif costs £76,000 a year. The price tags increase, Ariad’s 90 grand a year for Iclusig, Teva’s 100 thousand for Synribo.

What price can you put on someone’s life? Quite rightly, we would fight tooth and nail to give our loved ones any chance to survive. But the real question is why these drugs should cost that much at all. The pharmaceutical industry depends on the patent system, which grants years of monopoly for each new product.

t’s supposed to be about making new molecules. But what the patent system has ended up doing in healthcare is carving out areas of illness real estate that no-one else can come on to. This keeps prices high. Each area is fiercely protected and marketed. Science writer Ben Goldacre has estimated that about a quarter of what we pay for pharmaceuticals goes on marketing. This system makes perverse incentives to suppress unfavourable trial results, to spend R and D money on drugs similar existing ones to extend patents and to stop successful cheaper drugs being available.

The argument has always been that companies are given exclusive power over life giving drugs because it  allows them to get back their investment.

In the time that companies are given a dominant position in the market, they make breaking through with generic drugs after patents expire difficult. GlaxoSmithKline were recently accused of “market abuse” by paying rivals to delay the release of versions of the paroxetine depression treatment. As Ann Pope from the Office of Fair Trading put it: “The introduction of generic medicines can lead to strong competition on price, which can drive savings for the NHS to the benefit of patients…”.

As patients we invest in pharmaceutical companies each time we take a pill. We pay for their marketing, dominance of trade journals and their sponsorship of patient groups used to make their case. We also invest heavily in research both as tax payers and when we give to charity. Manchester, where I live, has seen a £38 million partnership between the University of Manchester, the Christie Hospital and Cancer Research UK. It is surely unthinkable that patients in Manchester, or anywhere else, should not be able to benefit properly from the results of this work.

Healthcare campaigners have been fighting back. Recently the Indian supreme court refused to allow Novartis to patent a new version of cancer drug Glivec in a move greeted as enabling poor people to access medicines in the developing world. Predictably drug company bosses alleged this would discourage “future innovation in India”. But the reasoning of the court was that the changes were not deserving of a patent. The decision was about safe guarding true innovation, not rewarding the narrow pursuit of dominating a market.

It’s time Europe took a leaf out of India’s book. Even while it is pulling apart the fabric of the NHS, our Conservative led government claims it’s protecting public health spending. But it is dangerous for this to be an excuse not to ask questions of drug companies. What we need to do is to ring-fence public health, care and innovation, not private profit.

At least we should all be honest that it can’t go on like this. Nobody benefits if public health care systems can not cope, patients can not access the treatment they need and companies can not even sell their products.

This poses problems for both left and right in politics. Clearly the market as it stands is not delivering the care patients need. But equally, it is no good progressives just asking for more funds to be ploughed in without asking deeper questions. We are no further forward if we claw back tax money from Starbucks only to put it in the pockets of Novartis.

I’m under no illusions, of course funding medicine research is complex and patent reform isn’t happening immediately tomorrow. However if someone like Ben Goldacre who takes evidence seriously makes a statement as bold as “medicine is broken” we must look again. The patent system is a good place to start. We need to have the debate about drug prices urgently. Because for many, time is running out.