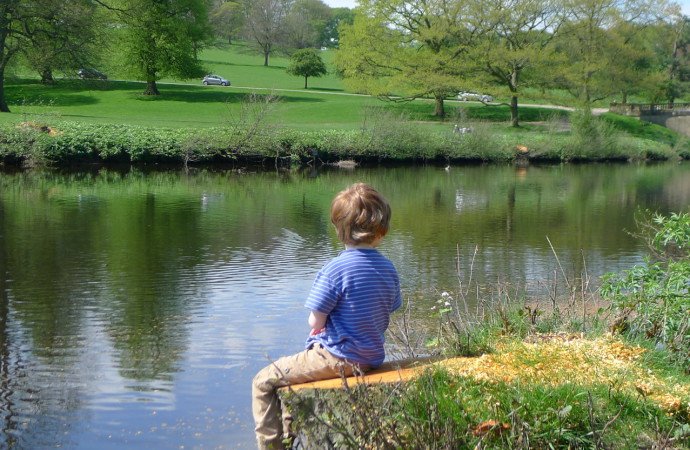 In a week where there has been a lot of argument about what Internet service providers and search engines should do to protect children and adults from harmful content on-line, we seem to have lost sight of what we want to achieve. The government, it seems, wants to teach children how to use technology and the internet, but at the same time presents a view of the internet as a medium where grave danger exists around every digital corner. This sends a contradictory message to parents about their responsibilities and does nothing to provide the resources needed to meet them.

As a parent, I know that the internet can’t be treated like television. It may seem like a silly statement, but it’s one that happens to be accurate and is important to determine how the internet is used and managed in the home. You can’t turn the internet on and switch to a children’s channel. Sure there are sandboxes for children to play in on-line, but they are easy to get out of and metaphorically walk away from.

I think that we need to treat children using the internet more like we do when they play outside rather than when they watch a film. You can’t filter the internet to the point where there is no danger, any more than you can filter the outside. On-line they are interacting with other people, exploring new places and discovering new ideas. And like when they play outside, there are some dangers, but none, as in the wider world, that cannot be mitigated by supervision and awareness, if parents know where to look.

Children Using the Internet, its not a new problem. We don’t face a technical problem that can be solved by purely technical means, but one that can be solved by empowering parents and being honest about the options open to them. If we panic and provide half measures, but present them as solutions, we will end up with people feeling safe, but not being any safer. Some politicians may be happy with that, but I certainly wouldn’t be, and you shouldn’t be either.

When I was in my teens, my family had one computer, sat proudly in the corner of the sitting room. It was the family computer and we could write letters, do homework and play some fairly simple games on it. Any “monitoring and filtering” was done by my parents being in the same room, or at least popping in and out occasionally.

My children have access to a whole different world when it comes to the internet and the pace of change is rapid. Every device in the house seems to have some access to the internet, we have a plethora of laptops, an office area with a desktop, a couple of tablets, smart phones and so on. Yet my approach to their use of these devices and the internet isn’t that different from my parents. Essentially their access is limited in time and I supervise them when they use it

It works quite well.

I don’t use filtering software, parental blocks, locks on search or on demand video sites. That’s partly because they often get in the way and partly because they don’t really seem to work very well. I do block as much advertising as I can, especially on less well known sites, because that is a source of unwanted, unsolicited and often inappropriate material that detracts from what we use the internet for. However that is a choice I can make, not one that governments or companies should be, or will be willing to make for me.

It also seems to make no sense to focus so stubbornly on one issue at a time, usually as a reaction to some outrage, whether it’s video games, films, music, books or the internet. Not when challenges to our children’s emotional well-being come from all angles. I have the radio on 24/7, and often think halfway through a news report that I might want turn it off when my kids are in the room, after all, hearing about murder, deaths in Afghanistan, details of a civil war can be damaging without further context. It certainly seems to stick in their minds, and lead to some interesting, often hard to answer questions (what’s Sarin Dad? What does it do?). But then it is our job to answer them.
So, the refrain ‘I don’t understand computers’ or ‘my kids know more about it than me’ whilst a fairly common one, isn’t really a valid excuse any more. The internet is part of every day life for many people and has been for a long time. If our children use it, we should probably have some idea as to what it is and how it is used and be aware of what it makes possible. We all need to know that there is no quick fix, no easy solution, no fool proof mechanism to block the things we don’t want our kids to see on-line. More importantly, the changes that we demand will have a broad impact, the internet isn’t like television and we shouldn’t try to force it to be, if we do we will lose so many of the benefits and possibilities that it provides and still not fix the problems that people see.

We simply can’t devolve our responsibilities.

If we let Maria Miller, pressure groups or other self appointed moral guardians convince us that actually, looking after our kids isn’t our responsibility, that it’s something that providers or search engines should be doing for us, then we will do more harm than good.