Taking the Power in the Northern Powerhouse 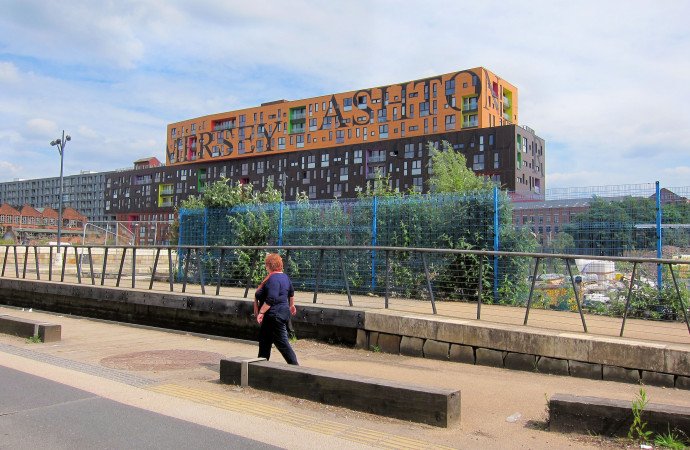 After months of speeches and media coverage, the “Northern Powerhouse” is a political reality. If not yet an economic, social or cultural reality. The first fully Tory Queen’s Speech for nearly two decades included the Cities and Local Government Bill which will transform how millions are governed. The North already has its first Metro Mayor with the appointment of Tony Lloyd as interim head of Greater Manchester.

While the talk is of devolution, the power in the Northern Powerhouse remains firmly with George Osborne. DevoManc, the city region deals with Sheffield and Merseyside, in fact the entire agenda has been shaped in Westminster, not anywhere north of Watford. If you doubt this, just check how much the text of the regional growth agreements for Liverpool and Sheffield is cut and paste.

Socialists, liberals, Blairites and regional separatists alike have been arguing for greater autonomy for the North, so it’s pretty galling for progressives that the Tories have captured the issue and carried it off down South.

The stated goal of the bill is “boosting growth and productivity and increasing efficiency in local government” . Even if some turn up their nose at the word growth, it’s difficult to object to wanting more jobs and re-balancing the skewed UK economy. But that is the sum total of the vision. Yes, enabling “the Government to empower towns and counties” was mentioned in the Queen’s Speech briefing, but real accountability is not an objective. Let alone tackling the social and health inequalities that blight our region.

There are two basic tools to achieve the goals set out for the Northern Powerhouse – bringing “different parts of the country together” (it really is that vague), and the political clout a figurehead representing millions is said to bring. The brutal reality is that neither of these approaches is realistic if devolution is dominated by the Tories.

The central argument the Chancellor makes is that cohesion is good for economic activity. He has  pointed to the statistic that the world’s top 600 cities contain 20% of world population yet account for 60% of world GDP. Those figures aren’t really that helpful for working out what we should do in Hull or Huddersfield, but there is evidence for what Osborne calls the “agglomeration effect”. It’s just that the debate on the ground hasn’t even started to address the real issues standing in the way of bringing cities together because of the top down approach.

Take the very heart of the first new metro region. These days the centre of once iron curtain torn Berlin is more coherent than the clear Irwell divide between Salford and Manchester. Worse though, is that attempts to paper over that divide have lead to controversy. Salford has become sidelined with rebranding and what amounts to social cleansing. Residents’ concerns aren’t parochial nostalgia, they are very real points about affordable housing and how decisions are made.

Plenty of people across the North are sceptical, surely it’s foolish to ignore that. A Wirral Globe poll showed 60% No to a Merseyside Metro Mayor for example. The focus has been relentlessly on urban centres, so it is unclear what the benefits will be to Bacup and Brighouse. The danger is that this approach could hasten as much decline as growth, see the falling population of Middlesbrough for instance.

Osborne has made it clear that devolution hangs together with Metro Mayors as far as the government is concerned: “I’m not going to impose a mayor on anyone, but nor will I settle for less”. The reasoning is that “a person vested with the authority of direct election” will be an urban “champion”.

The trouble is that the first northern Metro Mayor lacks the political legitimacy that Osborne thinks is vital. For all Tony Lloyd saying he is the only politician with Greater Manchester wide backing, he was appointed by an electorate of 10, the heads of the GMCA councils.

Many have pointed out that Bradford, Leeds, Manchester and Sheffield have rejected directly elected mayors in referendums. The counter has been that those were different jobs to a Metro Mayor. However it’s not so much the result or the job description, but that the precedent was set for consulting the people. Already Phil Davies the chair of the Liverpool City Region combined authority has backed a popular vote : “We are elected by the people and I believe we should ask the people what they want”.

This became painfully clear in Tony Lloyd’s Radio 4 Today programme interview about his appointment. The whole discussion was about the fact he has no real mandate. No investor hearing that interview would have thought “Ooo, I must put my money in  Rochdale or Ashton”.

The reason a referendum  provision was put in to the Local Government Act 2000 is that it is right to consult on a major shift in the way we are governed. Given this was done on Labour’s watch there is no reason why the party shouldn’t embrace that principle now. As far as the Conservatives go, surely that is why they have been so adamant that it is time for a Referendum on EU membership.

If there is not to be a vote, Northern Powerhouse supporters need a different plan to give the idea credibility and a mandate. More press releases saying “the public must be involved” won’t cut it.

Even so, pro-referendum campaigners need to recognise a few truths as well. Firstly the window of opportunity is realistically quite small, if the bill passes unamended , that will be that. Equally, just holding a referendum doesn’t necessarily solve the problem of legitimacy either. The goal should be the level of debate on Scottish Independence and the sheer exuberance of the Irish same sex marriage vote. Without enthusing the public outside of the activist bubble, it’s most likely the turnout would be similar to the measly 18% in the Salford mayoral referendum.

Above all, progressives need to be utterly honest about the dismal reality of a no to devolution.

It will mean closing the door on much needed investment money, and direct Tory rule for years from Westminster. Any new bid for local powers, however democratic and forward thinking, would be even further out in the future than 2020.

That is why we must seize back this project from the Tories. Let’s make the Powerhouse about the goals we set. Let’s expand what growth means to include positive social and environmental growth.

If we are to be given a Housing Investment Fund and HCA money, then we should be allowed to control it, not be under threat that central government can take it back as is the case at the moment. We should have the power to defend Housing Association stock, not have sell-offs imposed from above.

If we are to create the dynamic educated workforce the Chancellor envisions, you can’t with one hand give control over skills, but with the other take away local power over other parts of the education system. Forced academies and the central administration of Free Schools makes planning for good education on the local level utterly impossible.

If we are to have a transport system that really serves the region, it has to be about more than the government doling out funding for projects like prizes for good behaviour. It has to be up to northern towns and cities to set the approach.

Above all if we are to be handed control of budgets of up to £7 billion and keep more tax revenue, it should be up to us how we are to spend it.

Political legitimacy comes from good ideas that work and people can get behind.

From West Kirby to Hull civic leaders and activists alike need to be ambitious and ask for more and better for the region. That’s what will really put the power in the powerhouse.