The David Miranda Detention and the Surveillance State 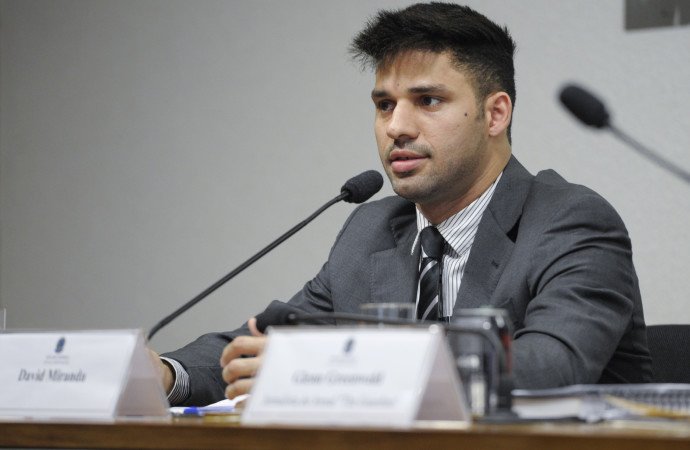 The detention of Guardian journalist Glenn Greenwald's partner David Miranda at Heathrow airport for nearly nine hours under anti-terrorism laws has sent shockwaves through the British media and political life. Miranda had equipment such as his phone and laptop confiscated, was not given an interpreter, and was grilled about Snowden and even protests in Brazil.Loz Kaye

The detention of Guardian journalist Glenn Greenwald’s partner David Miranda at Heathrow airport for nearly nine hours under anti-terrorism laws has sent shockwaves through the British media and political life. Miranda had equipment such as his phone and laptop confiscated, was not given an interpreter, and was grilled about Snowden and even protests in Brazil.

While some details of the story have been in doubt, such as the extent to which David Miranda had legal support, the basic facts that he was stopped and questioned at length are not in dispute. Keeping someone for nine hours under the Terrorism Act 2000 is highly exceptional. No-one, least of all the police, have suggested that he was planning any kind of act of terror or posed any sort of danger to the UK or anywhere else.

The Metropolitan Police have robustly defended the holding of Mr Miranda as “legally and procedurally sound”. Already much time has been spent analysing whether this is in fact the case. But that is to spectacularly miss the point – why was David Miranda stopped in the first place? Clearly his very presence raised a flag. Anyone who is even indirectly involved in the PRISM story is now in the searchlight. This is an attack on the ability of journalists to do their work and the taking of devices such as memory sticks undermines the basic principle of protection of sources.

The Whitehouse has confirmed it received a “heads up” from the British authorities before David Miranda was taken in to custody. While US officials would not be drawn on why he was singled out, this shows he deliberately targeted. Either the UK is indiscriminately enforcing a United States flagging system, or we are operating our own version of the ‘no-fly’ list. Whichever it is, this raises profound questions to our commitments to freedom of speech, freedom of movement and our relationship to the rest of the world. Understandably, Brazil has been hugely unimpressed by the detention of one of its citizens in this manner and has summoned the British ambassador to explain.

The events have produced a certain amount of hand-wringing from the UK Labour party. Keith Vaz, chair of the commons home affairs select committee wrote a stiff letter, and the Shadow Home Secretary Yvette Cooper has asked for a review of anti-terrorism powers. For all the good they do, they may as well sack everyone at Labour party press office and just replace it with an answer-phone with “We’re calling for a review” repeating on a loop.

It was of course Labour who brought in the legislation in the first place, and ignored concerns that it was too broad and had the potential for abuse. There has already been a report last year by the Independent Reviewer of Terrorism Legislation which pointed out problems with the law and suggested areas for improvement. Schedule 7 of the 2000 Terrorism Act is in fact due to be amended, as British Liberals have been desperate to point out. However, there is nothing in the proposed changes that would fundamentally alter what happened at Heathrow Airport. If our security services are now deciding journalists are equivalent to terrorists, the problem is deeper than tweaking a few paragraphs.

All of this leaves the “if you have nothing to hide, you have nothing to fear” doctrine in tatters. This has been the justification of ever more intrusive powers in the name of the greater good. Civil liberties activists have long pointed out that mass surveillance will inevitably bring collateral damage, both in terms of the general erosion of privacy and specifically people wrongly caught up. But this is something altogether more malign, a deliberate attempt to intimidate and suppress investigation. The supposed greater good now has the potential for great evil.

If detaining a journalist’s partner, questioning him about stories being written in the media and seizing his laptop is indeed legally sound that should not comfort us, it should be a terrible warning about the kind of country successive governments are turning us in to.