Has the centre DOOMED all of humanity? 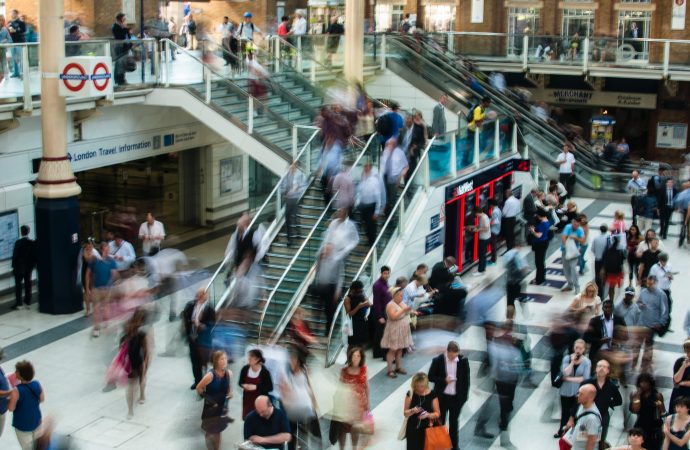 If I wanted to generalise massively I could suggest that politics in the western, English speaking world is starkly divided: From Trump’s America to Brexit Britain and even on important social issues in Australia and Canada battle lines have been drawn. Dissent is not permitted. We are, it could be said, more divided than ever before. We are polarised, even radicalised. Abandoning the middle ground in favour of the ragged edges of the political narrative. Who is the centre in 2017?

The politics of change

In the UK, at least from Thatcher through to Blair and Cameron, the notion was that to win meant occupying the middle ground. You couldn’t win without the centre. Campaigns had to claim the votes of the mass of the population who weren’t died-in-the-wool Tories or lifelong Labour. Those who could, shockingly, consider voting for either. After all, there are a lot of people that claim the middle ground of politics, the reasonable position, between the extremes of the big left leaning and right leaning mainstays of British politics.

Now, although not for the first time, this assumption is being tested. After all, beyond the left and right wing fringes of Labour and the Conservatives, there are also potential voters. Voters whose allegiance to the left or the right is not only solid, but part of who they are.

Those on the more distant edges of the right and left are necessarily not aligned with the major parties. Often these are voters that saw the Conservatives and Labour as too keen to compromise. Voters for whom the lack of hard positions, left or right, was a capitulation, a dilution of their ideals, and so not worth their vote.

On the right, that has included the likes of UKIP and to a lesser extent the BNP and National Front. On the left, it includes the various communist parties, socialist alliances and trade union coalitions as well as non-voters who are abstaining until a viable, and real left wing option comes along (or so the story goes…). 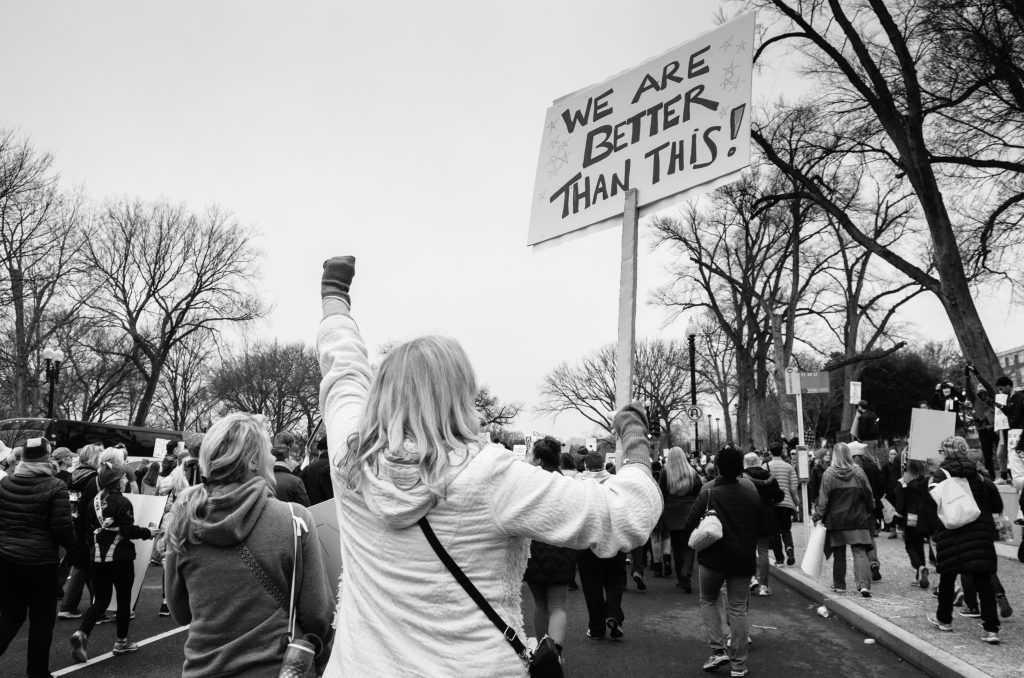 So rather than using moderation to attract voters in the middle and so potentially distancing the fringe, a new logic dictates that a harder adherence to ideology, and a tougher partisan message would bring the fundamentalists into the tent. With Corbyn and May, the feeling goes, we have a real ‘Left Wing Hero’, and, at least up until the 2017 election, the second coming of Thatcher.

Throw in a few sops to the young, the old, the working, those in education, the rich or the poor and the middle would follow the new consensus.

So we have political parties that are, at least in theory, shifting toward their own fringes. A polarisation in what is on offer from the largest players in politics. Between the two, they hoovered up 84% of the votes cast in the 2016, compared to barely 67% in 2015 and 65% in 2010, gutting the smaller parties.

But is this an indication of a winning strategy? Is it one that resonates with the electorate, or simply one that means that as part of our FPTP system, voters are voting against what they see as a threat, rather than for something that they truly support?

But have we changed? Have the Coalition and the Conservative victories, followed by Brexit and yet another Tory government increased division? I’m not so sure.

Peoples’ political views don’t seem to have changed that much at all. Most people still generally balance social and economic liberalism with bits of social and economic conservatism. We don’t generally spend our time deriding people with other views, sometimes we even discuss them... There are people out there with toxic views, but they are in the minority.

Importantly, most of us don’t all fall neatly into one column or another when it comes to ideology and don’t see those with a mildly different view as traitorous or the enemy.

The issues that are important to us are still broadly what they were 10 years ago, making sure that the NHS works, that people have access to good healthcare, having a decent economy and work, that there is good housing, reasonably priced food and fuel and that crime is low and we are safe. More people are interested in the EU one way or another now, given the UK is threading its way out of the union, and there seems to have been a mild uptick in people who are concerned about immigration but on both people tend to be more concerned than rabid.

There is overlap, there are differences in priority but there is more that binds us together than separate us. 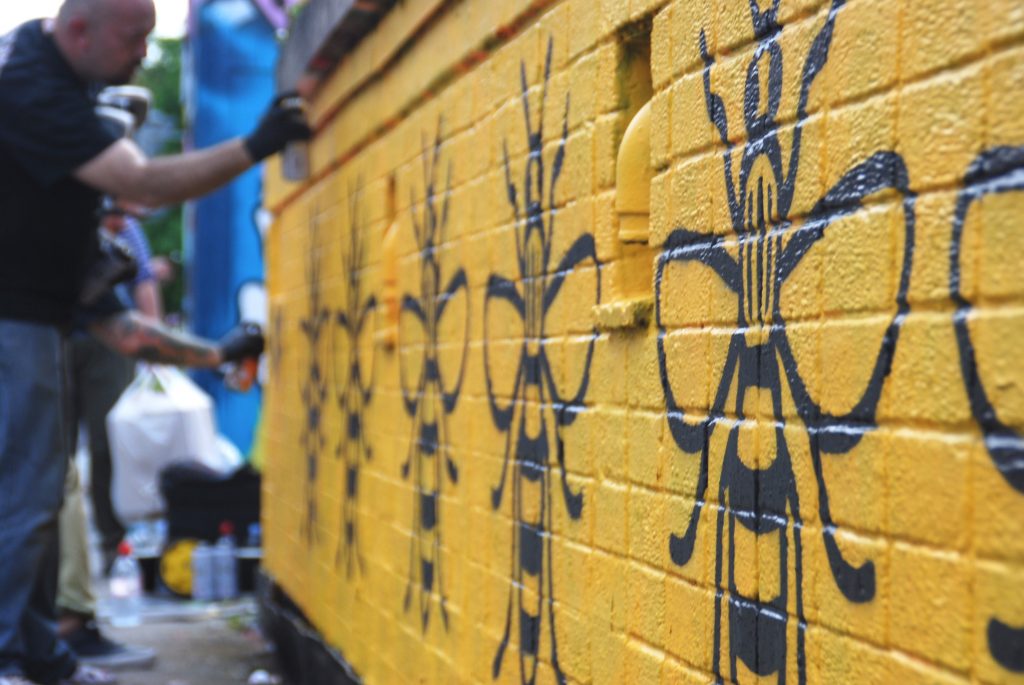 Even on the ideas that seem to be so core to the current Tory and Labour positions, like austerity we aren’t massively polarised. If you look at the polling, about the only consistent message is that the population are evenly divided. Many people remain undecided on the question of whether the way the government is cutting spending to reduce the government’s deficit is good or bad. People would like the government have less debt, but they also want to have it spend money on the things that they think are important. It’s not that there is a massive desire for a smaller state, even if most people would want to see less waste (who wouldn’t).

Its not an end to austerity, an end to immigration, privatisation of the NHS, a hard Brexit or a nationalisation of industry that is in demand. It is the idea that some change in these policies would make life better for most of us, keep society functioning and ensure that people have opportunities.

Most voters are not opposed to the redistribution of wealth, or the increasing of taxes to pay for services. Many will happily support the nationalisation of the railways to deal with issues around service delivery and pricing, and the same goes for gas and electricity. They are looking for solutions to the problems they see, which include underfunded services.

The centre ground is composed of a lot of passionate, understanding and progressive people. It includes a large pool of people in support of economic and environmental policies that the right derides as left wing. At the same time, the centre includes people who hold views on security and trade policies that the left derides as right wing. When it comes to social issues it gets even more confusing, they simply aren’t seen as that important, nor are they as divisive. Social liberalism is alive and well in the centre, even if actual activism is less important.

So no, we aren’t doomed. We need to stop letting people get away with painting complex issues as simple, and turning a spectrum of opinions into a binary choice. After all, to get the best outcomes for everyone, we need to be able to discuss, debate and even compromise.