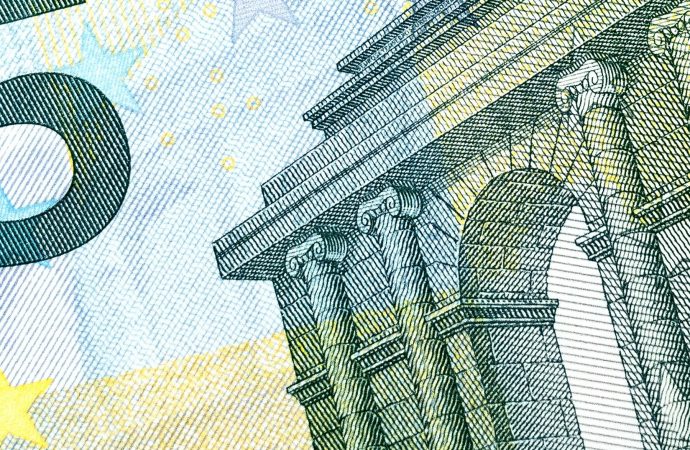 2017 seems to have become the year where money really started to change. The foundations of this change have been laid over the last few yeas, we’ve seen people become more and more comfortable with non-cash transactions. That is starting to accelerate.

This shift really kicked off with the move to cards and electronic transfers, solidified as payment processors like PayPal took advantage of the gap in the market for online payments and now things are accelerating.

The move from cash and cheques to electronic payments was hard. Some people still like the tangible feeling of having ‘real’ money in their hands, a chequebook to balance and paper statements to reconcile. Even with the likes of PayPal, it was more around engaging an intermediary to do the hard bits for you. But mostly people used the same banks, in mostly the same way, to do the same sorts of things. We used traditional banking services, assumed delays in processing payments and expected our bank to have a branch and our governments to be responsible for issuing actual money.

That last assumption is now being increasingly challenged. A new idea became a reality in 2009, crypto-currency was born. In the early years it was complicated, hard to understand and a little bit useless. I managed to get hold of a few Bitcoin to see how it all worked, happily transferring them around, losing wallets in the process, sharing them so that other people could get a feel for the technology. After all, it was all new and interesting and a Bitcoin was just a transaction in a ledger and a bit of cryptography. In terms of value… well there was hardly any. I couldn’t buy anything with Bitcoin. I’m sure my experience and impressions there was similar to that of a lot of other people. It was fun, interesting and it worked. But it wasn’t quite useful yet.

Now a single Bitcoin is worth over £2000. Moreover, you can spend them, convert them into national currencies, invest and speculate. If you bought into Bitcoin at an early stage, and kept hold of some, a tiny investment in either mining or buying the coins 6 years ago would mean you now held a rather valuable asset. Of course if you happily transferred, spent, shared and generally lost track of them, you might just be a little gutted…

But even now with Bitcoin being a useful medium of exchange, even if the likes of the U.S. Securities and Exchange Commission, the agency responsible for regulating the securities industry and stock exchanges in the US, might see it as something rather different, it hasn’t become a very normal way of making or taking payments. You can’t shop at your local supermarket with Bitcoin. Even if you could, a number of technical limitations would make it a less than pleasant experience. No, Bitcoin as it currently stands remains a fairly niche, if valuable proof of concept.

And it’s that concept that, now that it has been validated, that is about to have a huge impact on banking and finance as we know it.

After Bitcoin, and the many, many small, large, serious and vanity crypto-currencies that were born, we have seen a new contender step in. A crypto-currency that isn’t just about peer to peer, decentralised transfer, but one that features smart contract functionality, money, that can facilitate online contractual agreements as well as acting as a medium for exchange. That crypto-currency is Ethereum.

Now with Bitcoin, banks and financial institutions, assuming they were interested, could treat it as any other commodity. You could hold Bitcoin, trade them and exchange them. For a bank or indeed a government, that isn’t that different from any of the other assets out there. Sure Bitcoin wasn’t something they could create at will, it couldn’t easily be centralised, even regulating it was a bit complex.

Ethereum however is a different beast. As well as doing everything that Bitcoin does, it also allows you to cut the middleman out when it comes to escrow, or create contracts that will simply execute when the conditions are right. Sending payments to where they are supposed to go without further intervention.

That has proved to be a bit of a regulatory nightmare. Ethereum is a little akin to the wild west in financial services terms. Anyone can write a contract and put it on the network, people have used it to raise money, distribute shares in projects, and, inevitably, find ways of taking value and tokens from other users of the network where they were able to exploit weaknesses or vulnerabilities in that network.

With Ethereum we have created what is arguably a set of markets, with complex and sometimes somewhat opaque (while entirely open on the surface) financial products. What’s more, it isn’t a small market. At $22bn it is a third of the size of Bitcoin, but it is growing rapidly.

Too big to fail

This year, US financial giant JP Morgan joined the Enterprise Ethereum Alliance and created its own, private version of Ethereum. JP Morgan can clearly see some of the benefits that Ethereum brings, and for its own business that might well mean greater efficiency and flexibility.

JP Morgan is far from alone though, Santander, a high street presence in the UK and a major global bank, China’s central bank, and hundreds of other organisations large and small have started to take a keen interest in the possibilities that Ethereum has created.

There are still challenges, the amount of time it takes to have a transaction verified on all of these networks is one. Trust is the second. There are a number of innovations that may well go a long way to solve the former, and if banks start to create their own forks of these major networks, we may well see fragmentation, but, oddly given we are talking about large banks, more trust too.

And then we have the challengers. The big banks might have most high street banking sewn up, but they may soon be facing a rather novel set of competitors. From peer to peer lending through to currency agnostic debit card issuers, and purely online banks, there are a huge number of small and agile Fintech firms popping up and offering real, valuable services to the retail market.

These firms are delivering the things that the larger banks have been dragging their feet over for almost a decade. Efficient and secure online banking, easy transfers between countries, the removal of artificial barriers and unnecessary fees. What’s more, these firms are agile and looking to keep their technological edge and offer it to their customers on their smart phones and tablets. If the banks are slow in leveraging crypto-currency developments, we can be sure that these new players won’t be.

So, you may not go shopping with a hardware Bitcoin wallet any time soon, and you might not be arranging your mortgage and conveyancing via Ethereum next year, but both have become far more possible and far more likely in the last 6 months.