The Democrats: Do We REALLY Need A New Anti-Brexit Centre Party?

There have been constant rumblings of a fundamental realignment in UK politics, particularly since Jeremy Corbyn became Labour leader and the Brexit referendum put the UK on the road to leaving the EU. The current champion of a ‘new way’ is James Chapman, formerly chief of staff to David ‘Brexit Bulldog’ Davis. This realisation seems to have come after a spectacular meltdown. He said Brexit is a catastrophe, and suggested that Boris Johnson and other leading Leave campaigners should be jailed and called for the creation of ‘The Democrats’.

As is the fashion these days, he launched in to a stream of disjointed political announcements on Twitter. Despite having worked for the Conservatives, Chapman called for a new party called ‘The Democrats’ to be set up, and claimed that some “very interesting people” already wanted to be involved.

Past time for sensible MPs in all parties to admit Brexit is a catastrophe, come together In new party if need be, and reverse it #euref19

There was indeed plenty of support expressed for the idea on social media. However, once the dust settles there is the matter of actually carrying through.

Setting up a political party is really hard. Running a party is harder. It is also far less exciting and entertaining than insulting Boris Johnson. In the absence of existing structures to co-opt and an organisation to take over, you have to build from scratch. You find yourself swamped in the minutiae of making sure that people know how to order leaflets in the correctly elastic banded piles for Royal Mail and that someone is on call to fix your online membership system when it falls over at the weekend.

If you are going to deal with the world of door-knocking, conference arrangement spats and election address proofreading you need to have a damn good reason and a way to keep people interested.

On the face of it, the biggest reason to do anything in UK politics right now would be Brexit. It is certainly one of the biggest undertakings in decades. Voters on both sides of the referendum outcome must be horrified at the chronic mismanagement of the May government. And it has to be those pesky voters that a party called The Democrats surely are interested in.

Taking the liberal out of the Lib Dems

The first question any voter will want to know the answer to is what is it that the Democrats are that the Liberal Democrats are not? The LibDems have thoroughly occupied the space of being the pro-EU party (particularly in England). Chapman’s announcement was not a defection, it was a call to create a new force. It’s unlikely that he’ll find a lot of support from the LibDems for a party that at best would further decimate their support base. He must be aware that the core of the LibDems are fiercely loyal to the party, and are not about to abandon it (and seats) lightly.

One of the most obvious answer to the voters as to why a new party is needed is that the LibDems are still catastrophically damaged from the coalition years.

For all the good local by-election results post-2015, the snap General Election of 2017 made it brutally clear that the damage is long lasting. In fact, opinion has hardened in key areas. In Manchester Withington for example LibDems had hoped to see John Leech return as MP in 2017. In the event, Labour’s Jeff Smith had a massive swing of 18% and a majority of nearly 30,000. 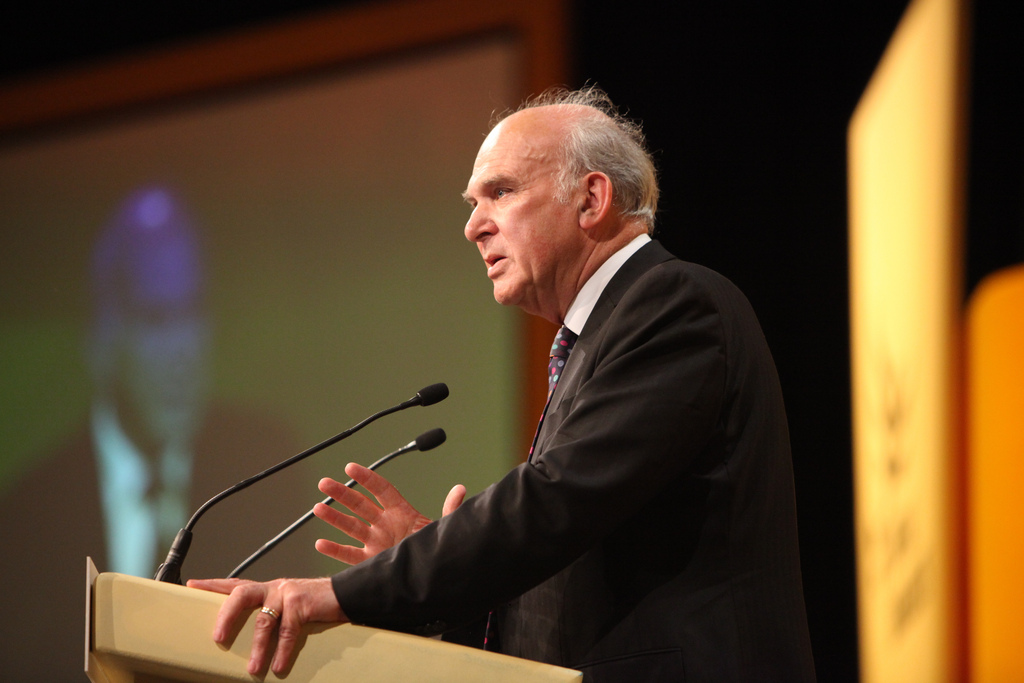 It should be obvious that having Vince Cable as new leader entrenches the association with Team Cameron, the one thing that they have to put behind them. The problem comes for the Democrats though if they actually voice that out loud. It immediately cuts off any goodwill from activists who would be best disposed to a strong anti-Brexit project. It leaves a messy prospect of either uneasy alliances or head on fights.

Is the point then to create some kind of entity that would be appealing to, in particular, young Labour leaning voters in urban areas that demographically tend to have supported Remain?

This party would have to make significant inroads where the Labour vote is highest and the party organisation strongest. It may be right that many young voters will become disillusioned with the current Labour leadership as Brexit negotiations trundle on. But it is something else entirely to convert that in to wins in wards and constituencies where the Labour party know every last street and alleyway.

The deal–breaker would come as to who the Democrats would support as Prime Minister. If the answer to that even has a hint of looking like being a Tory PM then there is no prospect in Leeds or Liverpool right now. They could hardly support a Jeremy Corbyn that seems just as positive toward Brexit as Theresa May.

In any case all of this is a bit moot when it comes to the stated aim of stopping Brexit. Chapman can rightly see there is no realistic prospect of that happening as things stand now.

However weakened Theresa May was by the election result and however odious the DUP might be, the current arrangement seems to be holding. It will be fractious for sure, but we look to have nearly 5 years of fractiousness ahead. When you throw in an opposition that supports the idea, if not the specifics, it’s rather hard to see a reversal in the next two years.

A political party can do much even with no MPs or representation. It can set the agenda, put pressure on politicians, shape events and policy. But if they are to shape events from outside it will need a type of strategy no-one else has been able to come with yet. 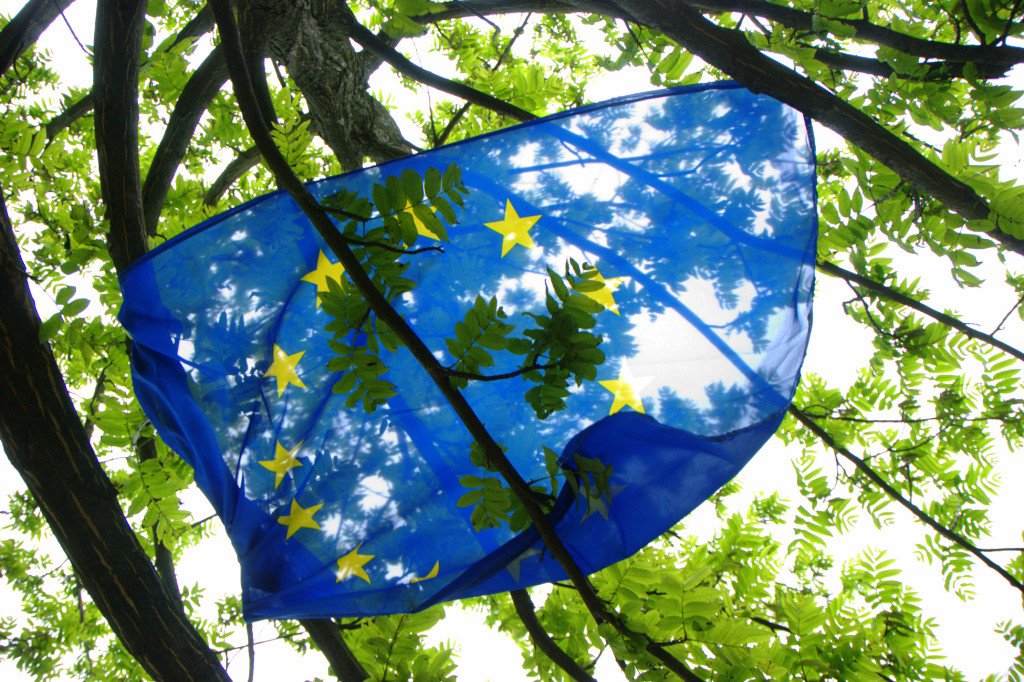 Emulating Trump and simply calling to ‘lock ’em up’ does not get us much further. Yet another election before the end of EU negotiations is surely extremely unlikely. The Democrats will have simply missed the boat on their defining issue.

A political party can also do much by championing one particular cause. Ironically enough, the best example of that is of course UKIP. But the problem is that our ‘first past the post’ voting system is a significant disadvantage for new parties, and not just because of the hurdles it puts up. It also means that in UK parliamentary elections you can’t just carve out a narrow demographic and get in on that alone as you can elsewhere in Europe.

The Democrats will have to come with a distinct, credible and compelling vision for the country as a whole. Or more prosaically, be able to talk about bins as well as Brexit. I am not sure addressing the finer points of waste management is what Mr Chapman has in mind.

His Twitter appeals, in which he included MPs like Chuka Umunna and Anna Soubry, looked like a version of a game that has often been played by columnists, shuffling the pack of cards of current political figures and redistributing them in to different piles.

Adding an ex-footballer or a prominent businesswoman would not change what is just a rejigging of the establishment. It is not a realignment in British politics in any fundamental sense. It is just another top down imposition- which is the worst aspect of the Brexiteers and the European Commission alike.

There are many reasons to want to change the status quo and to put in the hard work of forging a new political force. At best he offers a false hope to remain voters, a worst, he risks splitting the support that an ‘Exit to Brexit’ has gutting an already flagging approach. But it’s very hard to see what Mr Chapman is really offering other than exercising his own ego. You need more than a stream of re–tweeting people saying you are a knight in shining armour to deal with the many problems this country faces – and the many opportunities it has.

What kind of democracy do the the Democrats want? A new party must be about the future not just working out the past.