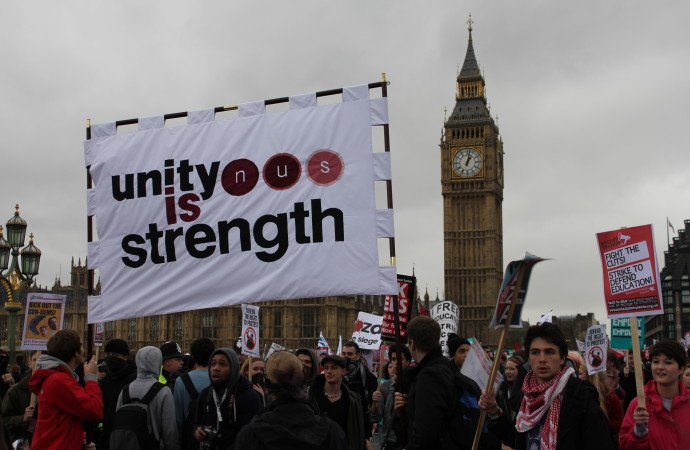 The aftermath of the 2015 General Election has continued to be cruel. The scrap for the Labour Leadership has engulfed British progressive politics and been played out in excruciating slow motion.

On one hand we have had one of the frequent “rare interventions” from Tony Blair warning that the Labour Party is in mortal danger of plunging over a cliff if it backs Jeremy Corbyn for leader. On the other, professed supporters of Mr Corbyn have been threatening excommunication for Blairites on social media so much that GO JOIN THE TORIES has become a running joke.

You’d think this spectacle would send any ordinary person (to use Liz Kendall’s term) running. But something extraordinary has happened. The party has more than doubled in size since the election defeat with Labour press reporting 189,703 affiliated members, 121,295 registered supporters and 299,755 full members at the cut off point for receiving a Leadership contest vote. In all, a potential electorate of 610,753.

“The 1%” is a favourite term of attack in radical movements post-Occupy. But it is quite something to actually represent practically 1% of the entire population, when party politics has been so often deemed dead and buried.

Despite itself, the Labour party has become a mass movement. On August 12th it discovered it had become Podemos by accident.

After all, Ed Miliband’s shift to “one member, one vote” for the leadership elections was never trailed as being the route to a mass participation party. If anything, the accusation was that it was about shutting out the power of the unions.

But surely offering a say over who could be the next Prime Minister for the price of a pint always had the potential to change the game. Particularly when the category of “registered supporter” offered a way in for people all too bruised from issues like the Iraq War to go the whole way and become a party member. Anyone who has been paying attention to European politics should know there is the potential for sudden explosive growth in political movements that capture a popular mood for change. Spain’s Podemos became the 3rd largest party within the first 20 days it allowed membership, with 100,000 signing up. Italy’s firebrand 5 Star Movement got 21.15% of the vote in the 2014 European election. Corbyn is milder mannered than Beppe Grillo, but he has managed to harness a similar blend of discontent and on-line activism.

The seismic shift has caused some alarm. There have been many accusations of entryism and much media coverage of Tories trying to take advantage. But when it boils down to it, though a few hundred people have been disqualified, there is hardly evidence of a concerted Trotskyite take-over. Chiefly because there is barely any hard-left support in the UK anyway. Despite high profile backers, the perplexingly named Left Unity scraped the bottom of the table in the General Election with the 3 candidates they fielded alone.

Deputy Leader candidate Ben Bradshaw did claim in a Radio 4 Today programme interview that 10% of applicants in his local party had no track record of backing Labour. To which most people would react, surely you would think it’s a good thing that people are willing to change their minds.

In an attempt to deal with accusations that the Leadership contest is being sabotaged, Labour has allowed to the impression to grow that it does not want the very success it has just experienced. The #LabourPurge hash-tag with supporters being barred from voting trended on Twitter resulting in yet another bad tempered episode in this debilitating contest.

The point is that the numbers of the “Labour til I die” supporters are dwindling, we live in much more ideologically promiscuous times. If the party is to stay in the political Premier League it will have to signal that the transfer window remains open.

It will be the Labour party’s task ahead to harness this new found enthusiasm and turn it in to more than three quid’s worth of clicktivism. But succeed and all the current difficulties will have been worthwhile. The Leadership contest may have been the catalyst for this membership influx and palpable sense of a new Internet connected grassroots movement. But, in the end, it will be up to the new 1% themselves, not the Leadership to decide whether Labour can be made in to a truly effective 21st century mass movement. Whether that is by Corbyn’s supporters proving radicalism can be electable – in Plymouth and Morecambe as well as Islington, or by Cooper/ Burnham backers embracing a less top down approach, only time will tell.

As for winning in 2020 that can only happen through action, and reaching out openly to – dare I say it- the remaining 99%.