Ending the “Business as Usual” of Tory Victory 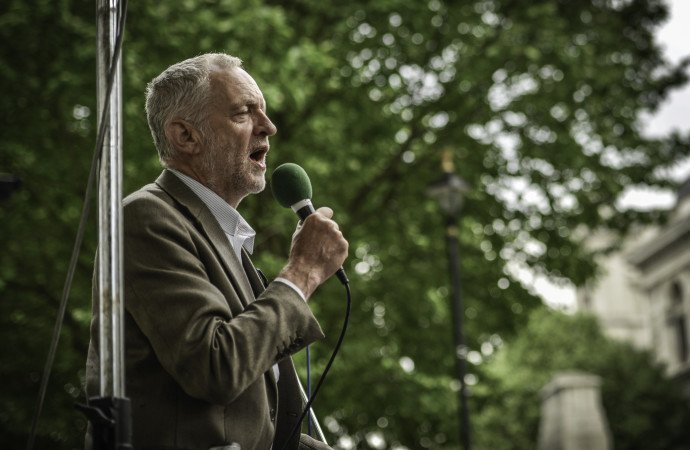 The one message from the Corbyn campaign that all the Labour leadership hopefuls should be able to agree on is that “business as usual is not enough”. After two lost General Elections clearly the Labour party – and progressive politics in general, desperately needs to find a new way to connect with the electorate.

Much has been made of whether a Corbyn lead Labour party is electable. Which after all should be the main aim to be able to deliver on policy. Despite loud protests from his supporters, at the very least it’s fair to say that history of success from left-leaning Labour leaders is not good. So it’s not just a question of saying that change is needed, it’s how that change can be delivered.

Despite Corbyn’s claim that “the British people are after something different”, it’s clear that the British people who actually turn up to vote are more than happy with the status quo. Ipsos Mori found that turnout at the 2015 General Election was highest amongst the over 65s at 78%, with them favouring the Tories over Labour by a huge margin of 24%. The Conservative lead in the most voting social class AB was 19%.

The radical change to challenge this has been the hope that Corbyn-mania can energise groups that have felt disenfranchised- particularly the young and economically marginalised. It has been frequently claimed that “a growing number of young people … say they have been inspired to get involved in Labour politics by the radical politics of the veteran Islington MP”. What has been missing is concrete evidence that this really is the case and that he is “bringing in new voters”.

Democratic participation by youth has been a matter for concern for some time now. In May 2015, despite a huge effort by campaigns like Bite the Ballot and Uprising, turn out by 18-25s was at 43%, down 1% on 2010. This has a direct effect on policy, see tuition fee rises, the lose of EMA, threats to benefits for the under 25s. Which in turn stokes the sense of disconnect and antipathy. But the stark truth is that no-one right now has found a reliable way to change that dynamic. It has been all that youth engagement projects could do to hold off the worst of the Russell Brand effect.

What is true is that there are real advantages for any political force that can inspire non-voters. As Corbyn pointed out “more people didn’t vote than voted for any single party”. A meme has grown up online based on everyone entitled to vote that there is a 76% who are the opposition to the 24% who actually put their cross in the Tory box.

However, it makes no sense whatsoever to lump UKIP and Monster Raving Loony voters together with determined non-voters and people who missed the close of polls as they finished work late. The disenfranchised aren’t simply a large pool of people who are would-be left voters who are just waiting for the right opportunity. Anyone who has spent any time talking to those who don’t vote will know it’s not enough to hit them over the head with Piketty and Zizek.

The 76% meme may give the impression there is an electoral tsunami waiting to be unleashed, but it is dangerous as it glosses over the reality of the task. 2020 will not be fought on PR, as this government is hardly likely to overturn the result of the 2011 referendum. So the task will still be to win key constituencies- places like the bellweather seat of Rossendale and Darwen. Rossendale is a short drive from true red Greater Manchester, but now has a Tory majority of 5,654 or 11.5% Turnout was 58.4%, so on the face of it there are over 30,000 voters for the “76%ers” to draw on. To win comfortably then on this strategy, you would want to find over 6,500 people to inspire and enthuse. These would be thousands of people that the Labour party had little or no previous contact with, likely several thousand who had no engagement with any type of politics whatsoever.

That assumes it would be possible to boost turnout in Rossendale by at least 8%, with a 100% success rate. That would represent a bigger shift than the previous 15 years turnout patterns put together.

This is not impossible- Scotland saw a jump of 8% in turnout at the General Election. However, as the SNP has been at pains to point out, Scottish politics is not the same as the rest of the UK. The galvanising effect of the Independence referendum will not be easy to reproduce.

The lesson of May 2015 is that it will be necessary to find concrete ways of connecting with the marginalised electorate. That will take more than social media campaigns and self affirming meetings. Youth turnout remains falling. The lowest earners are 18% less likely to vote than the highest and marginally less likely to back a left candidate such as a Green.

Of course it’s worth trying to re-engage these groups. But it’s time to for the progressive movement to be realistic about how that will happen if it is not to be the business as usual of Conservative victory.