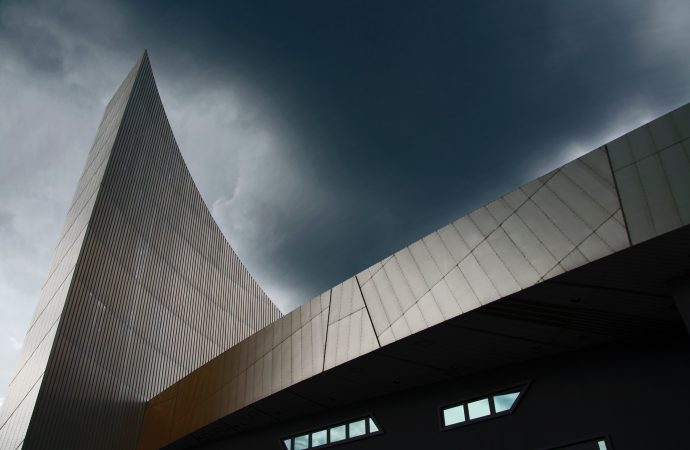 Cranes and new builds are dominating Manchester’s skyline. But is the city bulldozing its soul?

The redevelopment of Manchester is coming on at a pace. It often feels like if you go away for a week and a new block has sprung up or a much landmark has been razed to the ground. Everyone who lives in the city expects change. It’s the nature of the change that is causing increasingly heated debate and tension.

If any development proposal was going to be a poster child for this controversy, it was Gary Neville’s plans for two towers including a 200 bed five-star hotel and 153 apartments on Bootle Street. The plans included massive blocks dominating the Town Hall, knocking down a historic pub and a synagogue, retail space right by already empty units and an architectural style that was widely ridiculed. Throw in a famous footballer and you had the ingredients for a perfect storm. So it proved, with political mudslinging, social media pile-ons, and slanging matches at public consultations.

Quite why this wasn’t anticipated is beyond me. Other than there appears to have been an ‘anything goes, just show us the money’ culture developing when it comes to planning. But moving beyond the colourful details the St Michaels case illustrates the fundamental issues facing Manchester’s built environment.

In particular, we have angel investors, but the wrong schemes to invest in.

The plan to demolish the Ralph Abercromby pub seemed to underline a growing disregard for Manchester’s architectural heritage. Originally built in the 19th century, it is the only structure remaining in St Peter’s Field from the time of the Peterloo Massacre.  Wounded people from the massacre were brought to the pub for medical treatment. To suggest destroying this coming to the 200th anniversary of Peterloo appeared grotesquely perverse. 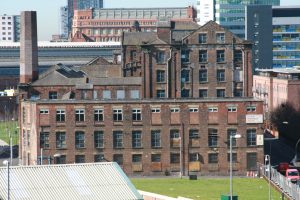 Manchester’s heritage and history is visible in its old buildings.

Concern about heritage is often painted as backward looking. But the point is that heritage is and should be a living thing, about establishing and recognising community. That is especially important as the city changes. The Ralph is a great place to have a pint not just because of its history, but because its refreshingly down-to-earth amongst a growing tide of boutique gin joints. The sense that working class culture is seen as less important to conserve has been a sore point in this case and in other parts of the city such as Ancoats.

That sense of injustice is not just about the loss of pubs like the Smiths Arms. The central burning problem is the lack of affordable housing. And that far from helping the housing crisis all the building is making that worse, odd as that may appear. Time and again with new developments in the city centre providing social housing and affordable housing is dismissed as nonviable. That trend is now pushing in to areas like Ancoats, displacing existing communities.

It is not that we don’t have policy on affordable housing, there is a city wide target that 20% of new housing should be affordable. It’s just that current development and planning decisions are making that target impossible. For context in July’s planning meeting alone, 2,500 city homes in high rises were passed. That means we should be getting 500 affordable homes, just for one month’s worth of approved planning. Yet only 56 affordable homes were announced earlier this year for Higher Blackley, Moston and Collyhurst by March 2018. That’s just 10% of what should have been delivered from July’s approvals alone.

The problem is not simply that the policy is not being delivered on satisfactorily now. It is also that future options for action are being closed down too. The precedent is firmly set that an ever growing part of the city simply will not be considered for affordable housing. If the area we can build places where most people can actually live is dwindling, what do we do? Concrete over Heaton Park?

But if the first plans for Bootle Street were emblematic of the problems facing development in Manchester, the fact that there was a climb-down, including saving the Ralph Abercromby pub, may well become symbolic too.

Much of the bad feeling over schemes like St Michaels, and bad planning, has grown from a lack of real dialogue with communities. Consultation has too often seemed like a box ticking exercise, the planning department’s response to helpful criticism, an exercise in stamping out dissent. Real dialogue will lead to better outcomes, and better outcomes are what any investor wants and what our communities need.

Campaigners, like Manchester Shield’s Adam Prince for example, have been much criticised as a ‘vocal minority’. It’s true Adam’s social media voice often would make a Jerry Springer guest seem calm and reasonable in comparison. But when options for dialogue are closed down we can only expect that residents will shout to be heard.

Where campaigners like Manchester Shield, Greater Manchester Housing Action and Ancoats Dispensary have been forward thinking is they have pointed at practical solutions, revitalising heritage stock for cultural use and housing, imaginative approaches to planning consultation involving communities, making sure housing is not just snapped up by foreign investors.

All of those approaches had been dismissed as a bit too far out, however radical Manchester likes to think of itself. Even so, all of these ideas have been recently taken up by companies like Allied London and Capital and Centric. The devil developers are starting to polish up their halos and become angel investors.

What we need now is to present opportunities for those who want to put money in to schemes in our city. Many of Gary Neville’s supporters have been at pains to say that he only wants to do good for Manchester. I’ve never doubted that, just that the wrong deals were put on the table.

Concretely, lets have a new development agency for the heart of the city, collaborating with Salford and Trafford. Its approach should be ethical, sustainable, working with local communities. Let’s do the sums to work out how affordable housing is deliverable at the scale we need, and in mixed communities. If nothing else, let’s avoid situations like St Michaels where no doubt considerable amounts of money were wasted on plans that were not realisable.