Has online media DOOMED all of humanity? 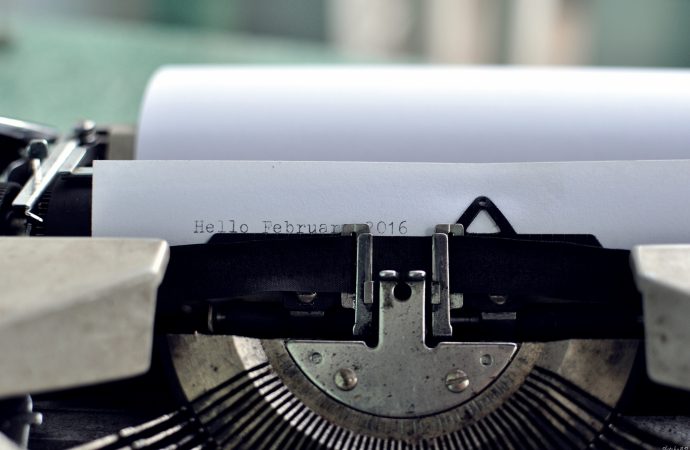 From ‘Fake News’ in Trump’s America, the exclusion of experts in Brexit Britain and Russian propaganda, the media battle lines in a war on opinion, have been drawn.  Within our social media bubbles, and in the comment sections of our favourite publications, dissent is not encouraged, sometimes it’s not even permitted. We are, it could be said, more divided than ever before. We are polarised, even radicalised. Abandoning the middle ground in favour of the ragged edges of the political narrative.

I talked about the finding the middle ground of politics in my earlier article, ‘Has the centre DOOMED all of humanity?‘, but it’s not just in politics where divisions are being emphasised. Indeed when it comes to shouting the loudest about difference and division our media seem to be joining in with a reckless abandon too. 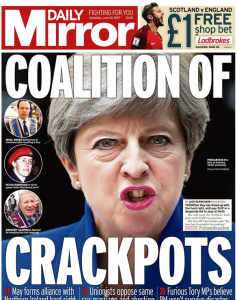 But can we blame them? The media seem to be in the middle of a perfect storm, still searching for a way to remain relevant in a world where reporting is expensive but opinions are cheap. The shift to online means that getting eyeballs on your pages is more important than anything else. Click-bait is king, social-sharing is everything.

Is there room for the centre ground, or even for debate, when making your readership angry and afraid of different ideas seems to work so well? Confirming a readers bias and presenting them with comfortable solutions to complex problems seems to have taken hold as a way to keep up revenue and circulation. Straying from the editorial line can lead to confusion, anger and a casting out of the unbeliever. After all, having your readership share, tweet and comment and agree is vital. 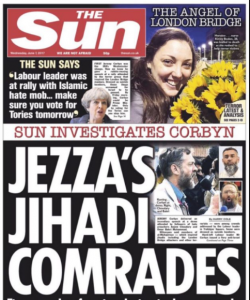 Oh, and other publications are the enemy, and those that read, share or comment on their output are obviously the enemy too.

Of course shocking headlines are hardly new. Nor are ideologically driven editorial lines, outright political bias or the use of fear and difference to gain sales and readership. The media can’t be the cause of a shift away from the centre, or even an indication of grater division, after all, it has always been there.

So on to social media and the too often comforting and self-confirming bubbles of ideas that it’s users create for itself. It seems it might be acting as an amplifier for an ever more polarised and polarising set of ideas. Stories and comments are often backed up from already slanted traditional media reporting, and increasingly from newer and even more one-sided and sometimes frankly insane sources.

It is in that world that the divisions are most visible. The most vocal participants often don’t just ignore the centre, but attack it as a problem in and of itself. Centrist isn’t a description of a vague middle ground in politics. It isn’t used to describe people who are a little right wing in some areas and a little left in others. It’s used almost as a synonym for Traitor. Along side Blairite from the left and Liberal, progressive (and sometimes moderate) from the right, it is intended as a slur rather than a description.

When it comes to social media, it seems that often, holding the centre ground is simply not allowed. The loudest voices will often define themselves by their opposition to an idea, or group. Anyone who disagrees, holds even a fractionally different view or wants to discuss the issues at hand will then necessarily be lumped in with the supporters of those ideas

If I am anti-fascist, or anti-communist, then your disagreement with me on any position obviously makes you a fascist, or a communist.. The caricatures created to be short-hand descriptions of the enemy are taken literally. The results of polls aren’t used to discuss shifts in political opinion, but to create a ‘default’ notion of what a Labour voter, Tory voter, Leave voter or Remain voter must be.  With any variation simply ignored.

In short, when it comes to 140 characters, nuance often doesn’t exist. If something is being shared on Facebook or Reddit, the headline is all that matters. 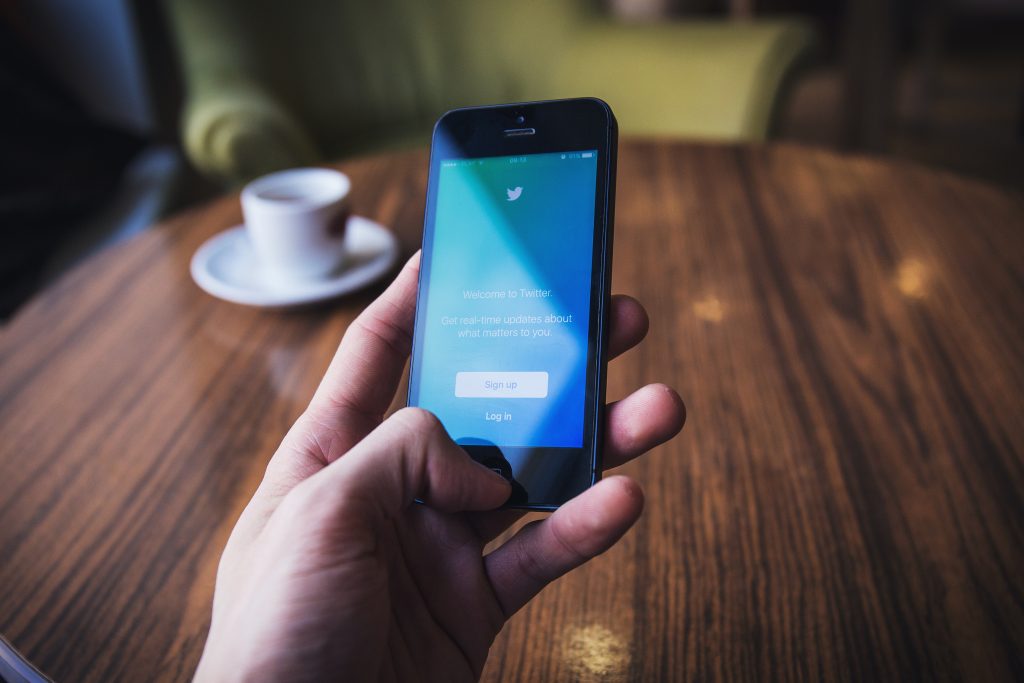 But are the divisions actually as great as they seem? Probably not. The environment is toxic. Abuse can run rampant as highlighted by everyone from Labour MP Jess Phillips to Theresa May, But for most people it simply creates a chilling effect where they self-censor, and ignore topics that will draw fire.

To see the attack of a pack on here check out my mentions 600 odd notifications talking about my rape in one night. I think twitter is dead

Of course that simply increases the perception of division, if people are more willing to share and agree with what they feel will be accepted by their peers, those ideas become even more cemented as the right ones. They become an easy way to flag to those around you that you are a good person, not someone who needs to be shouted at for having strange or different ideas.

So do we have an issue with real, hard, semi-permanent division? Probably not. Moderate voices don’t tend to fare well in an environment where the simplest message is the easiest to present. It’s hard to distil a complex discussion into a few words or a pithy headline. Given the state of the media and social media, moderates and centrists have a hard time finding their voice.

And again, the centre ground is composed of a lot of passionate, understanding and progressive people. It includes a large pool of people in support of economic and environmental policies that the right derides as left wing. At the same time, the centre includes people who hold views on security and trade policies that the left derides as right wing. People aren’t monsters, fascists, communists, traitors or indeed saboteurs for not supporting one side absolutely over all others.

It also follows that we aren’t doomed. We do need to stop letting people get away with painting complex issues as simple, and turning a spectrum of opinions into a binary choice. We do need to challenge abuse and attacks wherever they come from. And, as is oft repeated, we should all make the effort to get out of our own little bubbles from time to time. Most of all we should realise that while it would be nice to be able to discuss, debate and even compromise on ideas on social medial, it is 90% noise.  If you do want to debate, then maybe next time you see someone post a tone deaf comment, or even just something you don’t agree with, consider whether your reply is going to contribute to the discussion, or have everyone else ducking for cover.