The cost of action in Iraq 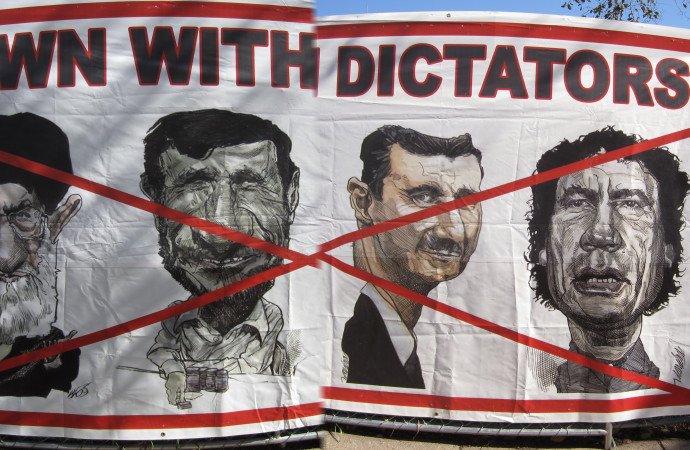 When parliament voted to invade Iraq in 2003, it was based on what we later found out to be disinformation and deceit. We were misled. The countless thousands who opposed the war were vocal in their opposition – but they were not listened to, they were ignored. And the UK went to war.

Today, Iraq isn’t the beacon of peace and democracy that we had hoped it would become, in a region with far too little of either. Far from it. Iraq is a very troubled state. The sectarian divisions that arose after our invasion and the impact of the poor planning and even poorer decisions taken during the post-invasion period continue to hinder progress and freedom in Iraq.

It is absolutely true that the situation in Iraq is at least in part down to the choices we made in 2003. Yet the decision parliament was asked to make today was very different, the situation it aims to address is different and the context in which it was raised is different.

After a day of debate, that decision has been made and the UK will again, for the third time in two decades, intervene militarily in Iraq.

The wider public debate has been marred by the obvious comparison to the 2003 vote. The damage done to the reputation of the UK internationally from the invasion is still there. We haven’t rebuilt the confidence in government that was lost. Most importantly, we don’t seem to have learned the lessons that we should have, from Iraq. Scepticism and opposition aren’t a bad thing. We should be sceptical when the government is making the case to kill people abroad, we should be careful before putting our armed forces in harms way.

Critically though, this time the decision was made on the basis of a request from the Iraqi government itself. The question of legality isn’t one we will have to contend with. A weak Iraqi military has been unable to contain the threat of ISIL. It has been unable to prevent atrocity after atrocity by a group bent on violence and brutality. Whilst it was clearly a failure on the part of the UK, US and others to leave Iraq with a functioning and capable military, it is also something we can, should, and will be helping to deal with now that we have been asked for help.

It is worrying that at this point at least, British involvement will be little more than symbolic. I can’t even begin to justify putting British servicemen and women in harms way in an act of symbolism. If we are to fight ISIL, and it looks increasingly that it is necessary, then we have to do it in a credible way. We have to achieve the aims we set ourselves. If we can’t do that then we should leave it those who can.

If we do want to turn the tide against ISIL and destroy it, we need to make sure that we commit the resources to do just that. We already know from 2003 and the days of post invasion Iraq that the half-arsed approach has an unacceptable cost over the long term. A cost paid not by politicians but by our own forces, those of our allies, aid workers, journalists and the civilians we are hoping to protect. It also means that our involvement may have to extend beyond Iraq’s borders.

But lets not forget that it didn’t start and end with ISIL.

ISIL is the current symptom of a wider problem, one we have failed to address or even properly understand. ISIL, much like other groups now operating around the world, fromBoko Haram in Nigeria, the Al-Nusra front in Syria and Lebanon, and Al-Qaeda affiliates in places like Yemen, are taking advantage of the anger, fear and despair. In a society where there is little hope of positive change, where autocratic government and persecution are more often than not the norm and where people lack freedom, their twisted brand of extreme fundamentalism seems like a way of forcing change.

If we want to deal with ISIL now and not have to deal with an ISIL successor again in 10 years, our involvement must be more than military and more than just fleeting. We have to start seriously supporting the cause of democracy and freedom in countries where populations demand it. We have to stop placing our immediate national and commercial interests above our principles, like democracy, free speech, and civil liberties. We can’t prop up governments that fail to meet our own standards whenever there is a short term benefit to our interest, because we will pay for it later. If we are going to spend money, resources and lives, we must make it count.

The wave of demonstrations and protests for change that became known as the Arab Spring show that there is demand for freedom and democracy in countries we might not associate them with.  We saw the profound impact that the Arab Spring had in Tunisia, Egypt, Libya and Yemen. We also saw how they were met with a combination of violence, repression and censorship, from countries like Bahrain, Jordan, Kuwait, Oman and Saudi Arabia. Countries we count as allies.

How can we justify supporting a regime that doesn’t respect human rights in one country, whilst arming another. How can we call for action in response to an atrocity in a country important to us, but ignore one in a country we have little interest in. How can we miss the fact that this might just enable extremists and act as a recruiting tool at home and abroad.

We have many tools available to us, from aid through sanctions, and we need to make use of them. Military action should be a last resort, but when it is justifiable under the law and morally right, then it must be an option.

Above all, we have to live up to our own standards. We can’t fight ideologies that seek to limit freedom through censorship. We can’t meet brutality with torture. We can’t fight extremism through ever more extreme security measures and anti-terror legislation.

So, whilst it is clear action is needed in Iraq, we should not assume nor aim for it to be limited or short. If we want to achieve the aims we have set out, we have to do it properly, we have a responsibility to meet and our own principles to live up to.